In this tutorial we will build a "Hello, World" website with Django and then deploy it to Fly.io.

If you want to learn Django properly, I provide step-by-step instructions and detailed explanations in my book Django for Beginners. The first four chapters are available free online.

Open a new command line shell. The code can live anywhere on your computer. We'll put it on the desktop in a folder called helloworld.

Use the startproject command to make a new Django project called demo and a new app called pages.

Add the new pages app to the INSTALLED_APPS configuration.

Then run migrate to set up the initial database and runserver to start the local Django web server. 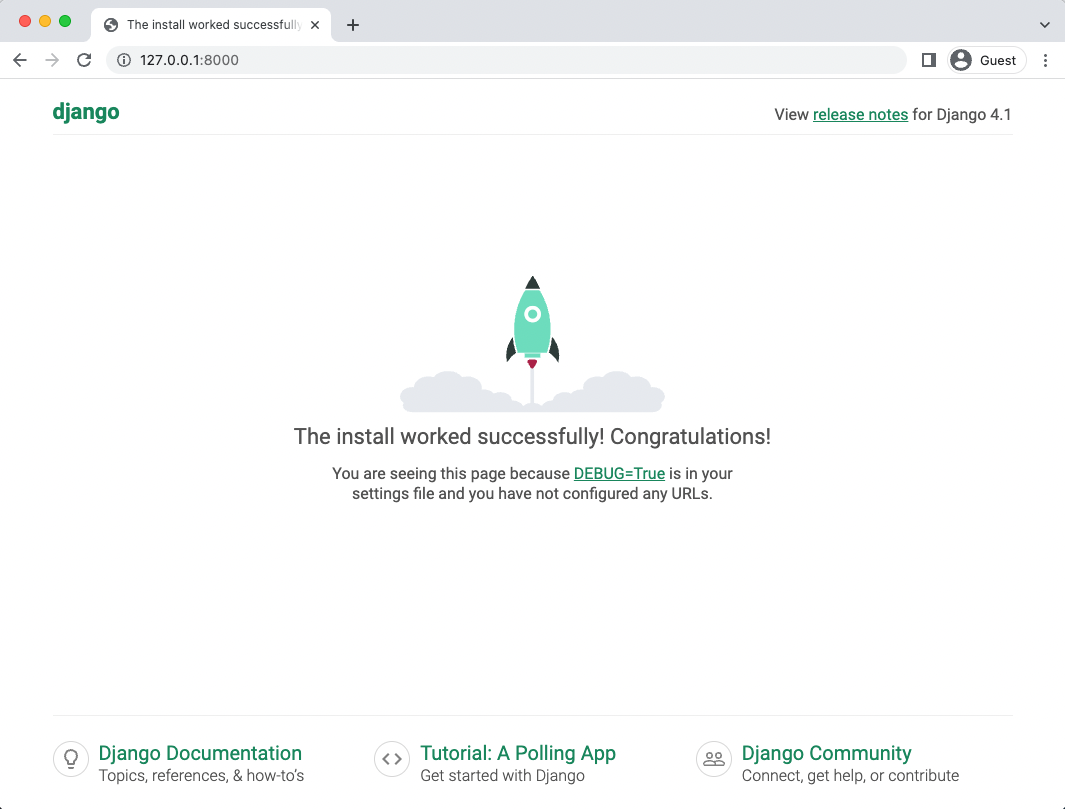 Create a new file called pages/urls.py with the following code.

And update the project-level demo/urls.py file as well.

Django is configured by default for local development. A proper production-ready deployment is quite involved--see How to Deploy Django and Django deployment checklist--but the following insecure steps will let us deploy our simple site for demonstration purposes.

Then create a requirements.txt file listing the packages in our Python virtual environment.

This creates a new requirements.txt file. If you look inside it there should be at least the following four packages:

Time for Fly.io deployment. Fly has its own command-line utility for managing apps, flyctl. If not already installed, follow the instructions on the installation guide and log in to Fly.

Fly.io requires a credit card on file now. Deployment employs real costs on hosting companies so it is a reasonable request. It also helps them crack down on fraud which is a major issue for all hosting companies with free tiers. Pricing is based on usage and quite reasonable especially compared to its equivalent on Heroku.

To configure and launch the app, run the fly launch command and follow the wizard. You can set a name for the app, choose a default region, and choose whether to add a Postgresql database and Upstash Redis database as well.

This creates two new files in the project that are automatically configured: a Dockerfile and fly.toml file to configure applications for deployment.

We do not have static files in this example so comment out that line near the bottom of the autogenerated Dockerfile.

To deploy the application use the following command:

This will take a few seconds as it uploads your application, verifies the app configuration, builds the image, and then monitors to ensure it starts successfully. Once complete visit your app with the following command:

You are up and running! Wasn't that easy? Mine is located at https://django-hello-world-fly.fly.dev/.

We started with an empty directory and in a matter of minutes had a running Django application deployed to the web. A few things to note:

If you want to take the next step learn how to deploy a production-ready Django application with a PostgreSQL database to Fly.io, check out this follow-up tutorial.